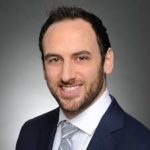 In 2011, the New York State Legislature amended the Multiple Dwelling Law (“MDL”) to expressly prohibit owners/lessees of apartments in permanent residential buildings, which include rental buildings, condominiums, and coops containing four or more units, from renting their apartments on a short-term basis, i.e., for less than 30 consecutive days. The amendment also prohibits short-term occupancy of an apartment by non-paying “guests” when the apartment owner or lessee does not use it as his or her permanent residence. There are two exceptions to these rules. The first permits house guests, lawful boarders, roomers, and lodgers to occupy an apartment for less than 30 consecutive days so long as they are living “within the household” of the permanent occupant. The second permits short-term occupancy by legitimate guests of the permanent occupant where the permanent occupant is temporarily absent from the apartment for vacation or medical purposes.

Last month, Governor Andrew Cuomo signed into law a new amendment to the MDL that makes it “unlawful to advertise occupancy or use of” an apartment for occupancy that violates the prohibitions in the 2011 amendment. MDL § 121(1). The new law also imposes fines of $1,000 for a first violation, $5,000 for a second violation, and $7,000 for a third and each subsequent violation. MDL § 121(2). New York City contemporaneously passed a law mirroring the restrictions in Section 121 of the MDL and providing the exact same fine schedule for violations. See NYC Administrative Code § 27-287.1.

The 2011 amendment was intended to curb what the New York State Legislature characterized as the “fundamentally unsafe” and “dangerous practice” of operating a mini-hotel in a permanent residential building. Hotels, with their transient guests, must comply with strict fire safety standards mandated by the MDL and local building, fire and housing maintenance codes, while residential buildings do not.

Although proprietary leases in coops generally contain strict restrictions on subletting, condominium by-laws often do not. Nevertheless, nearly all condominium by-laws prohibit use of a condominium unit in a manner that does not comply with applicable law. As such, a unit owner who uses his or her unit for short-term occupancy in violation of the MDL is likely to be in breach of the by-laws, even if the by-laws are devoid of explicit prohibitions against such conduct.

Given the difficulties of enforcing the pre-2016 MDL, especially in nondoormen buildings where there is no one to monitor the frequency of use of a unit by a non-owner, the new laws, with their harsh penalties, will likely serve as a significant deterrent. Indeed, most unit owners who engage in this practice rely on apartment rental websites, such as AirBnB, Homeaway, and Tripadvisor, to solicit their customers. Now, not only will condominium and coop boards and landlords be able to screen these websites for unlawful advertising in their buildings and then report it to the proper authorities, but also the authorities will be able to enforce the laws from a computer in their office instead of having to conduct field investigations at the buildings where the practice is suspected of occurring and catch the violators in the act.

Even with the new regulations there are sure to be instances of violations by individuals who choose to disobey them or simply are not familiar with them. If an apartment owner/lessee is unlawfully renting their unit for less than thirty consecutive days, the board or landlord should immediately report this violation to the New York City Department of Housing Preservation and Development, which is one of the agencies charged with enforcing the MDL. In addition, boards of condominiums and cooperative apartments may implement rules against transient occupancy that allow unit owners/shareholders to be fined for each such violation. Finally, a more costly but effective alternative would be to commence a legal action against the offending owner/lessee seeking an injunction enjoining them from continuing to permit their unit to be used for short-term occupancy.