End Of The Road For Pro Se Serial Litigant 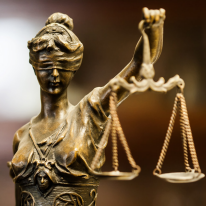 After being the victim of more than twenty frivolous lawsuits, all of which were either dismissed, discontinued, or abandoned, Meyer Muschel can finally breathe a sigh of relief (no pun intended) after the Honorable Kelly O’Neill Levy issued an order permanently enjoining pro se serial litigant, Roland Davis, from commencing any actions or proceedings against Mr. Muschel concerning the property in which Mr. Davis lives and which, until recently, Mr. Muschel owned/managed. Justice O’Neill Levy’s Order, which was issued on November 1, 2016, permanently bars Mr. Davis from filing any motions or actions against Mr. Muschel, his entity Manda Associates, and their employees relating to the property unless Mr. Davis first receives authorization from the administrative judge in which the filing is to be made or retains legal counsel to represent him. In granting Mr. Muschel’s summary judgment motion and issuing the permanent injunction, the Court held Mr. Davis liable for abuse of process based upon findings that he “has filed over 20 lawsuits against the plaintiffs over the last 10 years and has yet to prevail on a single one.” The Court further determined, relying on the evidence proffered by both the plaintiffs and Mr. Davis, that Mr. Davis’ lawsuits against Mr. Muschel and his entity “were meant to badger the plaintiffs” and that Mr. Davis “has on numerous occasions accosted and threatened the plaintiffs regarding the various lawsuits.”

While acknowledging that public policy mandates granting free access to the courts, Justice O’Neill Levy cautioned that this policy does not permit litigants, such as Mr. Davis, to exploit the legal system by repeatedly filing frivolous and vexatious lawsuits intended to harass the same party — in this case Mr. Muschel. The Court’s decision cites a string of First Department and Second Department cases upholding similar injunctions barring frivolous or litigious plaintiffs from initiating future lawsuits without either court approval or legal representation.

According to the Court’s decision, the plaintiffs had spent tens of thousands of dollars defending themselves against Mr. Davis’ “unsubstantiated claims.” Although it does not appear that Mr. Muschel and his co-plaintiffs will recover any of those legal fees, Mr. Muschel at least may take comfort knowing that Mr. Davis no longer will be able to utilize the legal system as a tool of harassment against him and his employees.

Unfortunately, the case of Mr. Muschel and Mr. Davis is not unique. For most litigants who are defending these claims, it takes numerous actions to be filed and an equal number of rulings dismissing those actions before a court is likely to find abuse of process and issue an injunction barring future lawsuits. By that time, the party defending against the frivolous claims has spent an exorbitant amount on attorneys’ fees that presumably will never be recovered even if they are awarded. It is certainly beneficial to have insurance policies in place to defend against frivolous lawsuits brought by serial litigants, but even then it is not uncommon for a carrier to deny coverage for claims outside the scope of the policy notwithstanding the patent frivolity of the claim itself. ▪